What it is, what are its causes and symptoms, and how it can be addressed to improve aging.

Rapid Aging Syndrome (RAS) is a mechanism by which our inherited genetics are not utilized to their fullest potential to reach maximum longevity and optimal healthspan. Recent advancements in the science of Epigenetics, using the ability to measure DNA methylation at over 900,000 points on the human genome, various algorithms (Horvath, PSC, etc…) now provide tools that measure our chronological age vs. biological aging clocks. On average, over 60% of us are aging faster than we nature intended. The impact of RAS is that we are 50% more likely to suffer from age-related diseases and experience premature death.

RAS can begin as early as our thirties and forties, however, most adults experience accelerated aging beginning in their early fifties. Once the rate of aging exceeds 1.0 years, adults begin aging at a compounded rate, which over time, accelerates the aging process.

Why are we not able to use our genes to their ideal potential?

Due to stressful lifestyles brought about by 21st century living, our bodies are unable to live up to our full “longevity potential”. Factors such as a sedentary lifestyle, poor diet, pollution, and more, contribute to what has been termed, Rapid Aging Syndrome, or RAS.

Is there a way to alleviate this condition?

That’s where we come in. Yes, there are options. The first tool in our arsenal is education. This website provides people information they need to live longer, livelier health spans.

The 21st century stressful lifestyle, poor quality food and toxic environment all impact our body’s ability to activate these genes to their full genetic potential.

Global Crisis: Aging as a Disease

Studies have shown the 21st century lifestyle including, stress, poor diet and other external elements including pollution, weigh against a long and healthy life. Recent discoveries in the field of genetics utilizing new test methods, have identified other novel factors that contribute to premature aging. Through the application of revolutionary treatments and protocols we have taken the early steps of proving we can reverse Rapid Aging Syndrome.

Epigenetics reveals that changes in gene expression may be impacted by lifestyle, reduced sun exposure, supplements, and stress reduction. Traditional health models designed to use pharmaceutical therapies have shown little to no impact on treating RAS.

Evidence of improvement treating RAS using strategies such as cellular therapy, offered in several parts of the world outside of the U.S., when combined with lifestyle interventions, show promise for reversing the effects of RAS. 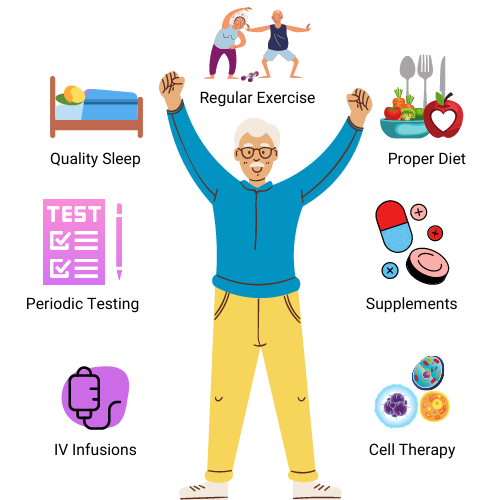 Why Do We Age?

Aging is the time-dependent functional decline at the cellular level.

These 9 hallmarks of aging contribute to the aging process and determine one’s
aging phenotype.

Aging is the loss of physiological integrity, this is the primary risk factor for major human pathologies, like cancer, diabetes, cardiovascular disorders, and neurodegenerative diseases [Lopez-Otin et al 2013]

Aging as a Risk Factor

Percent of population 65+ with these common chronic conditions:

Aging causes the progressive damage of biological structures, contributing to the development of disease and death

Members of the current generation of adults aged 45-64 live longer but are experiencing higher rates of chronic conditions. 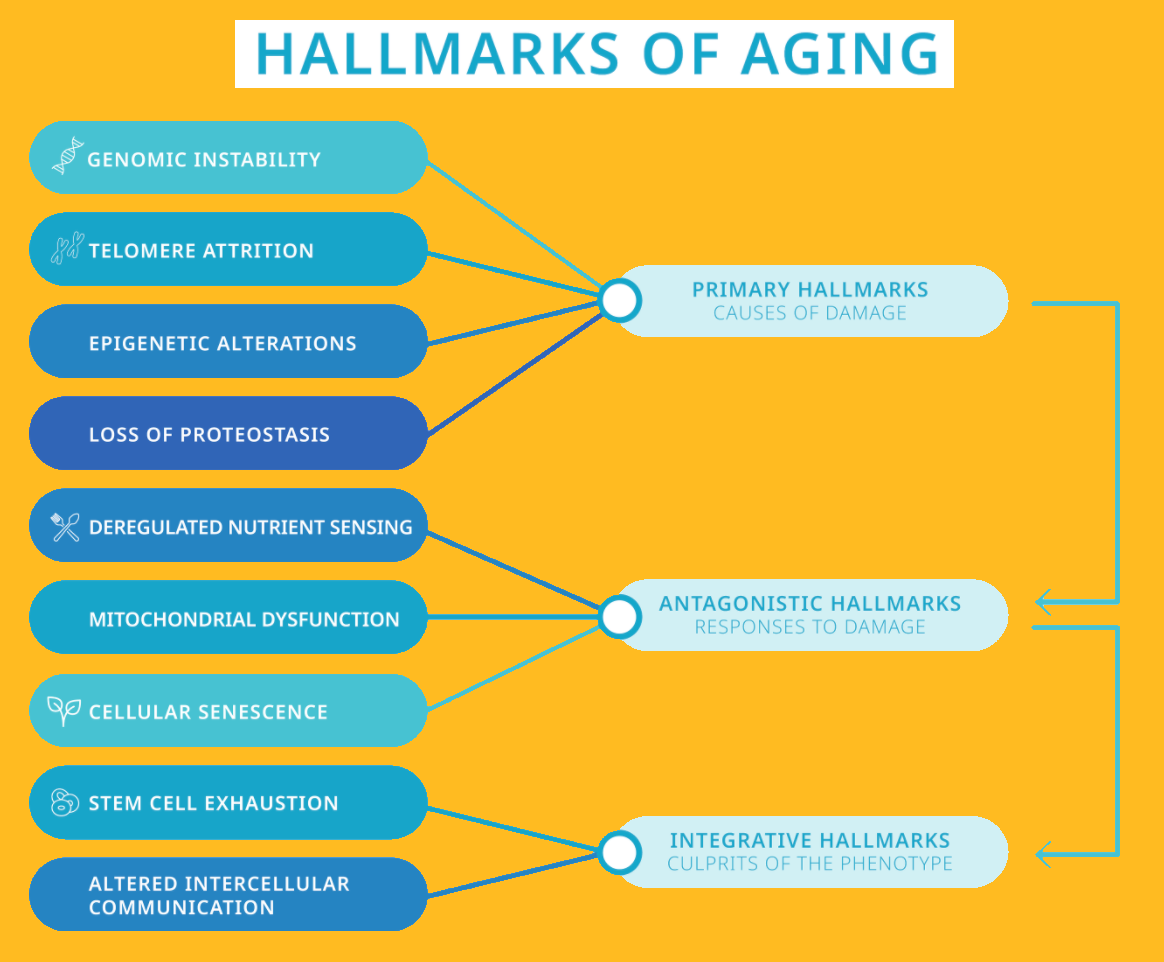 Telomeres: What does this tell us?

All cells have a finite replicative potential; it is predictable based on the length of telomere repeat DNA.

Telomeres define the ends of chromosomes and function to preserve genome integrity; they are comprised of TTAGGG sequences that are bound by specialized proteins.

The observations in cultured cells, and the fact that TL shortens with aging, have led to a hypothesized role for telomere shortening in human aging and age-related disease; however, the short TL threshold that is clinically relevant for disease risk is not known, and whether TL measurement can influence treatment decisions in clinical settings has not been determined. 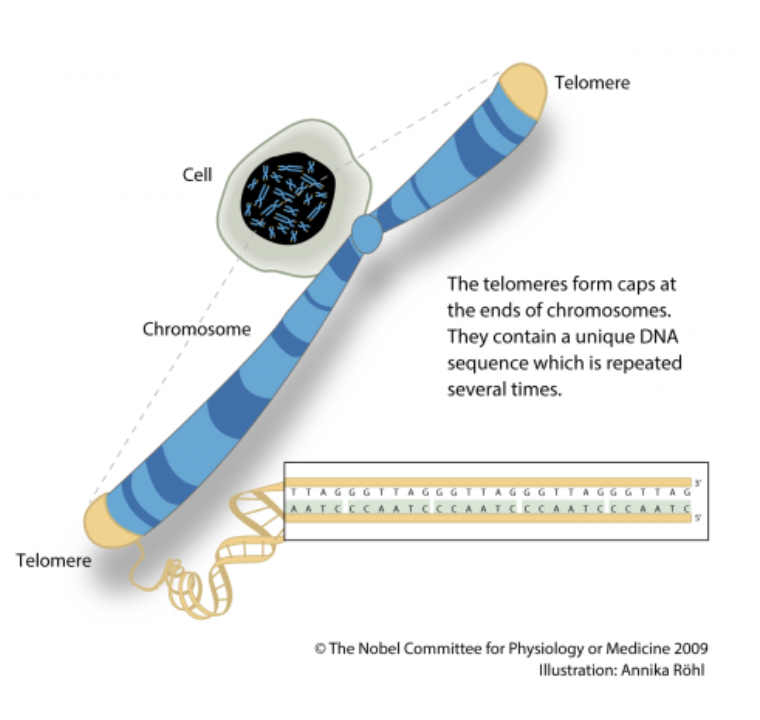 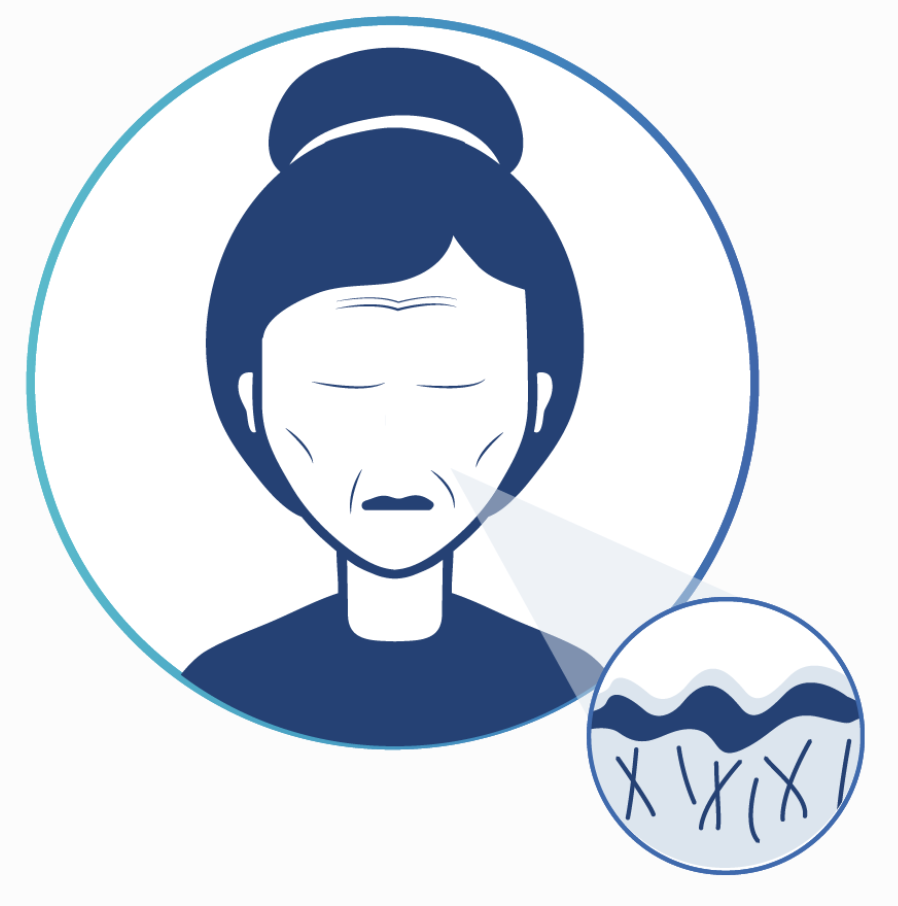 What is Epigenetic Biological Age? 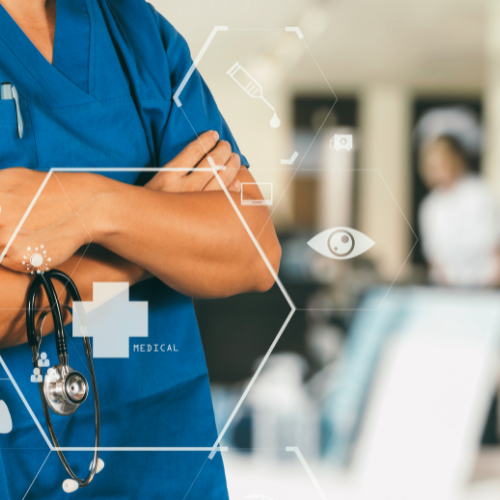 Is Aging a Disease?

This question has been controversial for the past 200 hundred years. Given that aging is the biggest risk factor for chronic diseases, treatments that focus on the underlying aging process could intervene in several or many chronic diseases of aging.

Can Aging be reversed?

With the advancements in the science of Epigenetics, it is possible to measure biological age reversal using the Epigenetic clock. So, yes, in a manner of speaking our age can be reversed at the cellular level.

There are a number of methodologies that have been identified to slow and even reverse the biological aging process, thereby addressing the main impact of Rapid Aging Syndrome.

What is DNA damage?

DNA damage is defined as an alteration in DNA structure that is capable of causing cellular injury and reducing the viability or reproductive fitness of the organism.

Ultraviolet and other forms of radiation can damage the DNA in the form of DNA Strand breaks. Other causes of DNA damage are potent, ubiquitous atmospheric pollutants commonly associated with oil, coal, cigarette smoke, and automobile exhaust fumes.